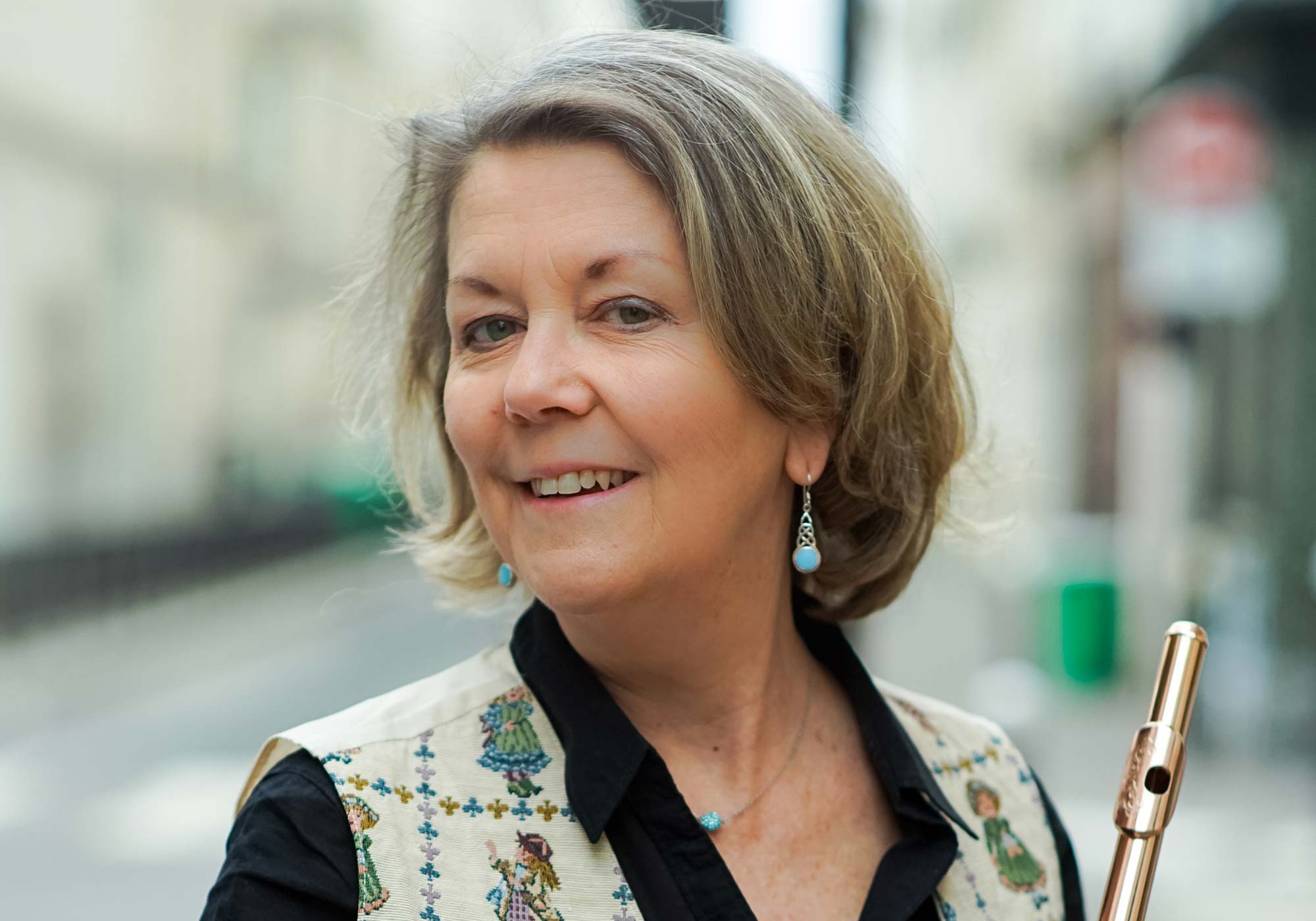 American flutist Sandra Howard has lived in France since 1981. After completing flute studies in the United States with Samuel Baron (Bach Aria Group, NY Woodwind Quintet), Thomas Nyfenger (Yale), and Richard Bromley, she received the Frank Huntington Beebe scholarship to study with Michel Debost (Orchestre de Paris) in France. She holds a Bachelor’s degree from Easter Kentucky University, a Masters from State University of New York at Stony Brook and the Certificate of Teaching from ABRSM in the UK.

As a performer Sandra has played and recorded with many orchestras and chamber groups: Les Enfants de Pan (flute trio), the Orpheus Quintet, the folk ballet Adama, Opera on the Sound and others. Currently she performs with Ensemble de Flûtes de Paris and as a regular soloist with the chamber orchestra Vivharmonie.

She is also active as a teacher and clinician, participating often with the BFS (British Flute Society) and the NFA (National Flute Association) as well as in conservatories in the Paris region. She was administrative director of the Paris Flute Festival from 2002-2009 and she has been organising residential flute workshops since 2000: Flute Fun Weekend and Flûtes en Somme. Her music arrangements for flute ensembles are edited by Alry Publications.