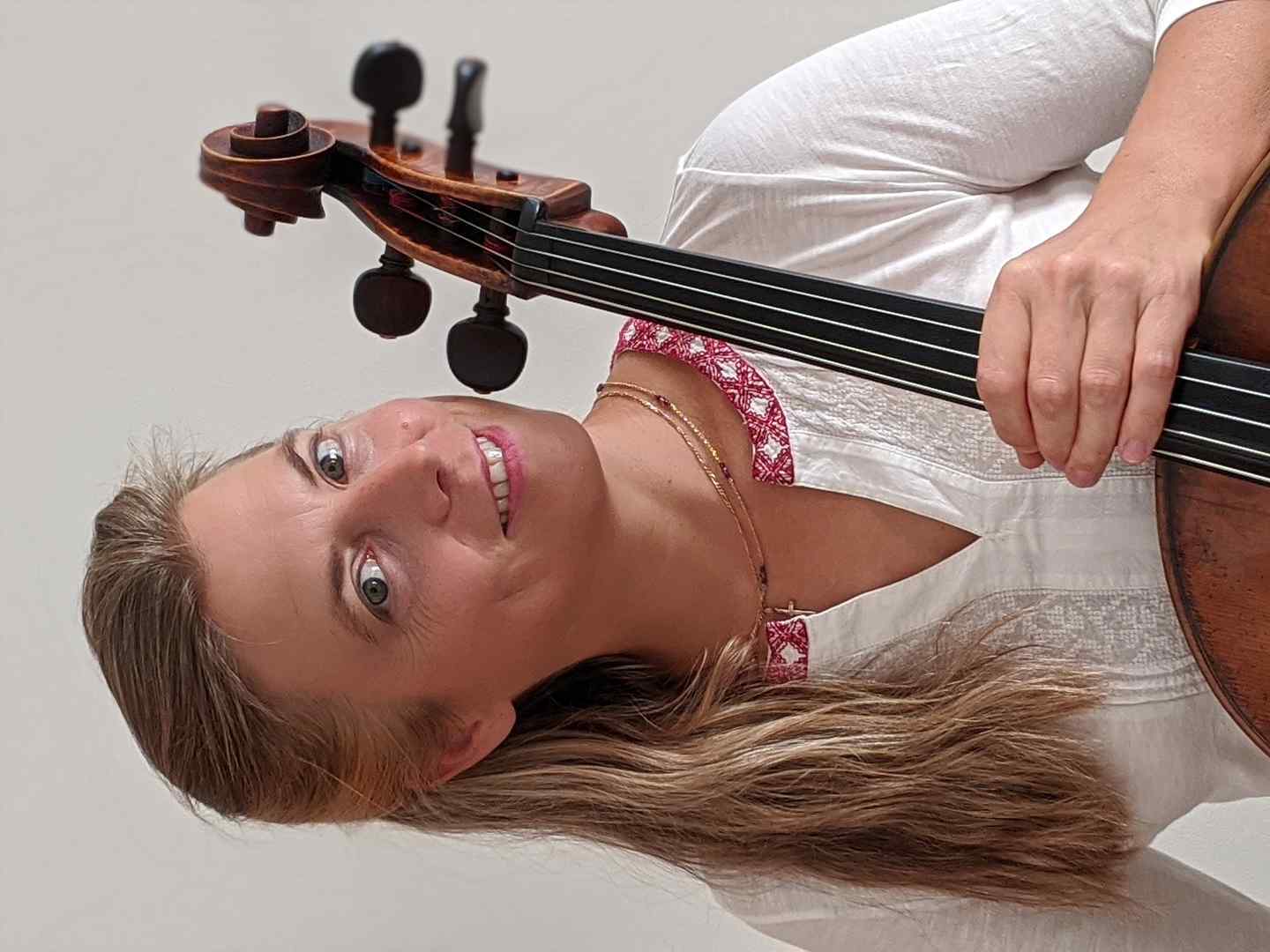 Winner in Canada of the Toronto Concerto Competition in 2004, as well as several national competitions during her training: International Leopold Bellan Competition, Lempdes Young Musician Competition - she received several first prizes unanimously with congratulations from the jury, and DEM from conservatories, in cello and chamber music, notably in Boulogne-Billancourt and Reuil-Malmaison. Following her musical studies at the University of Toronto, from which she graduated, Bénédicte de Larouzière was invited to play as a soloist with an orchestra in Canada.

Back in France, she founded with her sister Aude (violin) and Pierre Morabia (piano), then Alberta Alexandrescu, the Trio Lumen with which she gave concerts and recorded the trio in B bM D898 by Franz Schubert.

At the same time, very attracted by the baroque repertoire and playing on period instruments, she trained with François Poly then Philippe Foulon, and received advice from Patrick Cohen-Akenin and Blandine Rannou. She then played at the Royal Chapel and at the Palace of Versailles, and founded the Lumen Ensemble with which she played in particular at festivals such as the Bach Festival in Périgord, Les Riches Heures de La Réole with James Bowman, Lavaudieu Festival, The Musical Autumn of Nîmes, The Month of Molière in Versailles, Palace of Versailles, Festival of Sacred Music in Jordan, Belgium and Italy, as well as in the Museum of Fine Arts in Rouen, Marmottan-Monet Museum, Museum of La Chasse, Palais Brognard, Petit Palais, Paris City Hall, etc. She also plays with actors such as Brigitte Fossey, Marie-Christine Barrault and Pierre Fesquet.

A state graduate in cello teaching, trained in Marie-Jaël – Montessori pedagogy and a graduate in Suzuki pedagogy, Bénédicte teaches among others at the music school of L’Ecole Koenig.