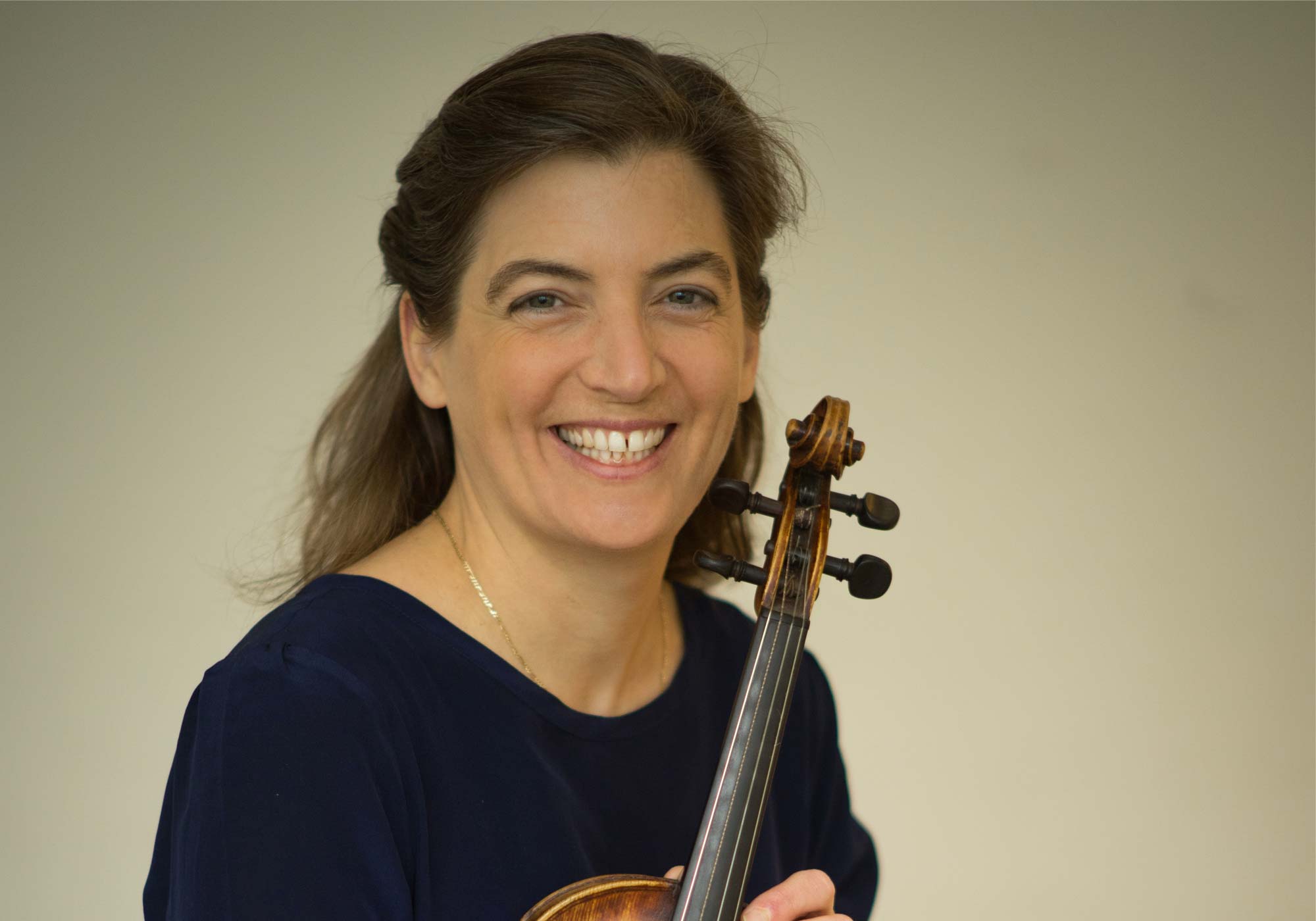 In 2006, she founded the Lumen Trio with her sister Bénédicte de Larouzière on cello and Alberta Alexandrescu on piano. With the support of various donors, the Lumen Trio recorded Schubert’s Trio No. 1 in B-flat major. Aude also collaborates with actors, such as Brigitte Fossey and Marie-Christine Barrault.

After winning 1st place in violin at the Clermone-Ferrand Conservatory in 1996, where she also studied chamber music, harmony and counterpoint, composition and analysis, Aude continued her training at the A. Peri Conservatory in Italy.

She studied for four years under Carlo Menozzi and continued her chamber music and quartet training with Dario Indrigo, previous conductor of the RAI. She earned the Italian State Violin Diploma with Honors and had the privilege of studying with Massimo Quarta in Lugano (Suisse), Pavel Vernikov in Gubbio (Italie), Veda Reynolds & Werner Hinz in France.

She perfectioned her style with the violinist Géza Kapás from l’Akademia Liszt Férenc in Budapest, Hungary. Upon her return to France she obtained the State Teaching Diploma in Violin.

Aude de Larouzière has taught violin at L’Ecole Koenig since 2010.